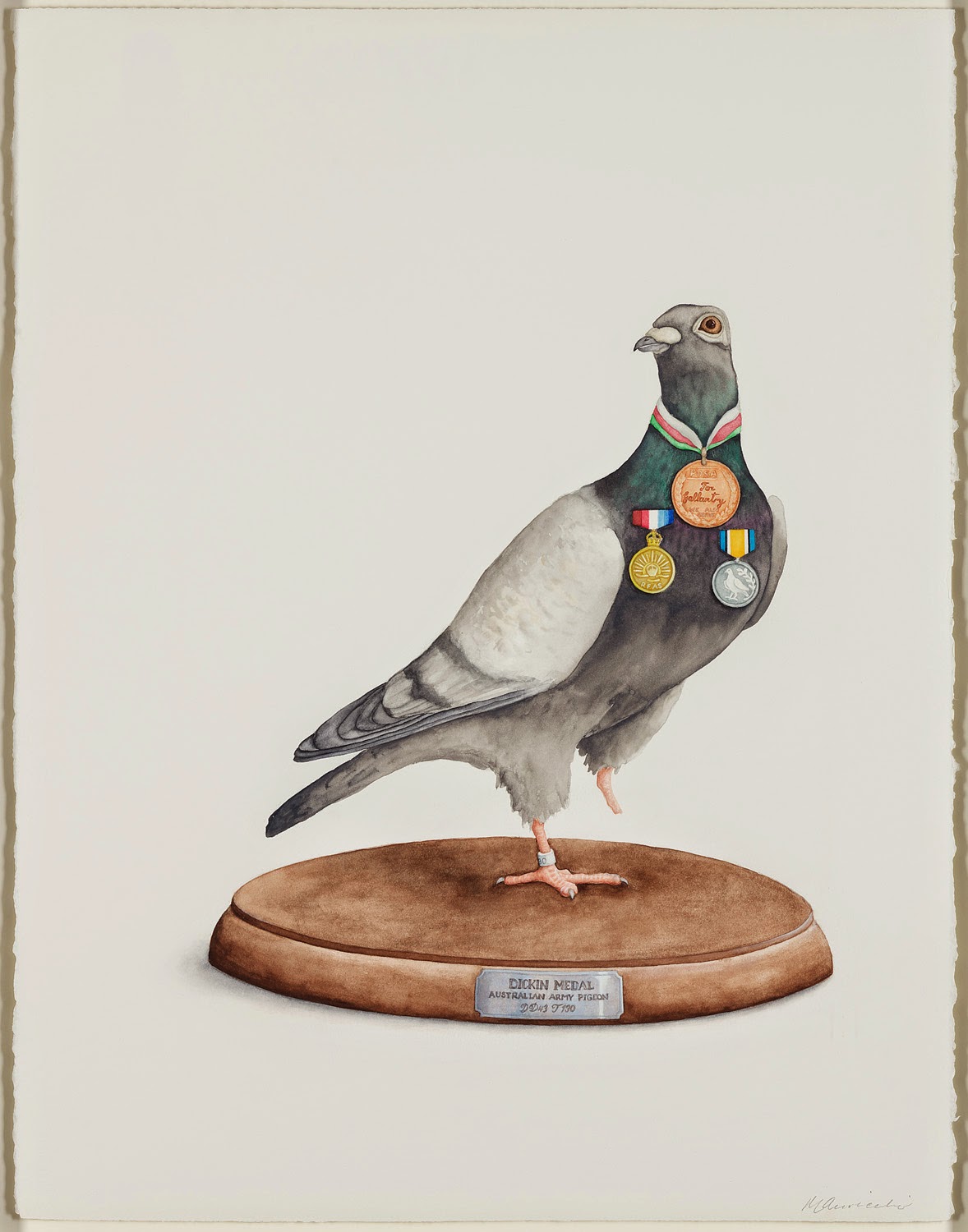 As most Australian know, 25 April 1915 was the date of the Gallipoli landings - becoming known as Anzac day.  This year is the 99th anniversary of the landings and I was down at North Bondi RSL (aka the Rathouse) with about 2,000 folks for the dawn service this year and it was great.  Luckily for me I had swung by the Gallipoli Club in the city the day before to see the opening day of the Gallipoli Art Prize.  As I said last year this is one of my favourite art prizes, and very low key.  Sadly the Gallipoli Club plan to only run it until the 100th anniversary next year.  Hopefully someone can step in and keep it running.  I hear Transfield has some spare capacity in its art sponsorship budget ...

This prize got a fair bit of press with big spreads in all the main papers.  Idris Murphy took out the $25k with his landscape 'Gallipoli Evening 2013'.  I loved the golden colouring he used on this landscape and the abstract lone pine in the centre of work links it more directly than most entries into the ethos of the Club.  It is an acquisitive prize and once they have renovated the club there is planned to be a sort of museum area where all these winners will be hung.  This will be a great addition.  There are a handful of familiar names, Fleur MacDonald, previous BL 3 point winner Kerrie Lester, Haydn Wilson and Leo Robba I recall from previous shows.  Haydn's entry, 'Gallipoli Patched' is a great colourful work, if you don't get to see them in person the SMH article I linked to has a gallery of images (actually, this year quite a few websites have the full images up which is handy for my as the lighting is terrible inside the club to take some happy snaps).  As an aside, I think if you are an established artist you've got a great chance in this prize, having looked at full entry list that was left out on a table on the first day to facilitate pick-ups.  There were some classical war artist work like Sue Jarvis' entry.  There were the more contemporary works like Alison Mackay's Battlefield (above). The artist statement said this work was about the challenges of returning to family.  I don't see that but see a lot more about symbolism and futility. Really liked it.  One of my favourites was Monique Aurichchio's 'For Gallantry' (pictured top).  This watercolour shows a carrier pigeon with medals.  But even better is that this is a real decoration.  As Monique explains in her artist statement the PDSA Dickin Medal is like the VC for war animals.  Of the 54 war animals awarded the medal, 32 were pigeons, 2 of which were aussie birds!  Someone send this to Bill Lawry!  I am thinking of talking an artist friend that does great flower paintings into doing a wreath for next years prize.  I liked Peter Gardiner's entry this year (pictured below, 'Wreath (memory)') but didn't really get the fire.  Or I did get what he was trying to say but I think it would've been prettier without it!  Dean Bowen's charcoal on paper 'Hospital Ship' was a great work.  Really intriguing.  I'll keep an eye out for him. 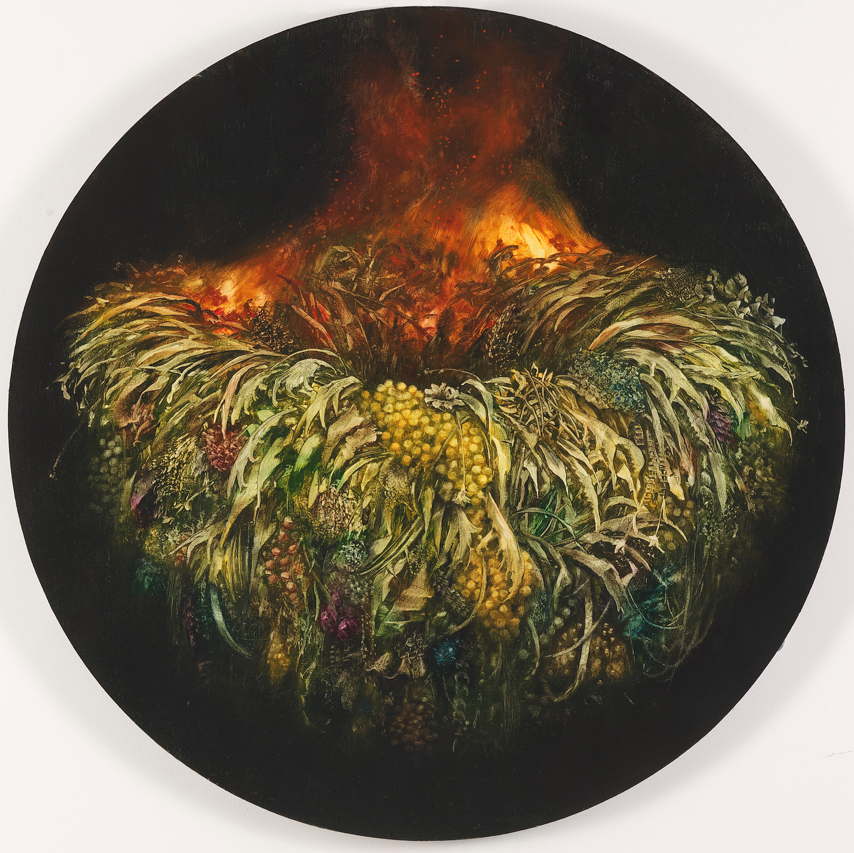 Points:  I like ribbons & medals, and I like paintings of birds so it looks like Monique will take the 3 points here.  The aesthetics of oil under resin are also a firm favourite, so Alison Mackay's Battlefield will take the 2 points.  The 1 point will go to Peter Gardiner for his wreath.
Posted by Big Lamington at 4:56 PM