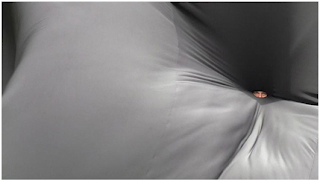 So Gaffa has been on my radar for a little while but I just never made it to their old space near central and have only just visited their current digs on Clarence St. So I can't tell you if it is a step up or a step down but this Clarence St space is pretty decent. Three galleries by the official count and a lot of nooks and crannies.  Some of these were well utilised by the field of finalists in the John Fries memorial prize. So what is the John Fries prize? Well according to the Viscopy interwebs site it is an annual art prize now in its 3rd iteration funded by the Fries family to honour a former Viscopy director John. They sling 10k to an emerging visual artist "resident in Australia and New Zealand who are not enrolled as a student and whose work is not represented in the collection of a state, territory or national public art gallery."

Okay, so on to the show. It was a little hard to put faces to names in this one. The room sheet was helpfully divided into gallery 1, 2 and 3 but little did I realise I walked into gallery 2 first so it took me a little while to work out who was who in the zoo. Highlights in this room were Owen Leong's beeswax heart which appealed to the memento moriist in me and Jacqueline Bradley's Kite Jacket which I thought was pretty clever and would look great in a kids room (and I mean that in a nice way, our junior critics live with all sorts of inappropriate art in their bedrooms). Next up was gallery 1. I was a little surprised to see Kate Shaw in the show, I would've thought this 3 times Wynne finalist would've been in a state gallery but I checked her cv and the answer is not yet. I'm not sure how long one is 'emerging' as Kate was also a finalist in the 2006 ABN AMRO emerging artists award but looks like there isn't a standard definition. I usually use prices and Kate's ask of just over 15k for Milkwater puts her out of what I consider emerging (it was the highest priced work in the show although admittedly it is a very big work). She won 3rd place here, or 'commended' in awards speak. Other work that took my fancy here included Philjames' interesting simpsons inspired fibreglass head and upcycled old landscape and Cigdem Aydemir's video which was fantastic, this was 'highly commended' by the judges. It helped that I recognised the park that the swing she uses is from, that park also has a great flying fox - maybe that should be the follow-up work. Wanda Gillespie's batik looking pram took my eye in gallery 3 but by now I had seen the two runners up but not the winner so off to ask at the front desk and it is Jacob Leary's work in the 'guest gallery' that took out the chockies here. This work "Technological Causality" is described as 'mixed media' on the room sheet but really does its best to defy description. The best analogy I could think of was the little cabin in the movie 'A Beautiful Mind' where John Nash/Russell Crowe goes crazy with lines and photos everywhere, although it did give me a great idea for a salon hang at home.

Points:  3 to Cigdem Aydemir's video "Extremist Activity (swing)" (still pictured on top), whose highly commended from the judges would've been upgraded to the win under a Big Lamington regime, two points to Philjames whose signature on the upcycled op shop landscape is fantastic and 1 point for Owen's wax heart.
Posted by Big Lamington at 9:42 PM