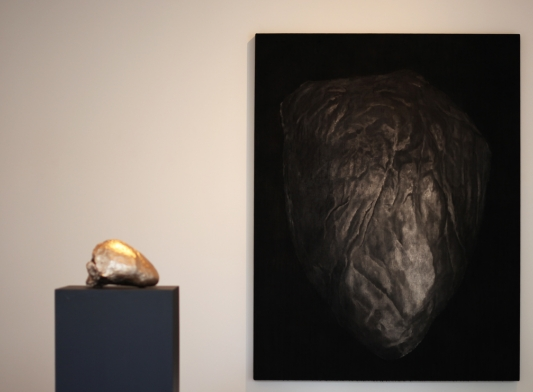 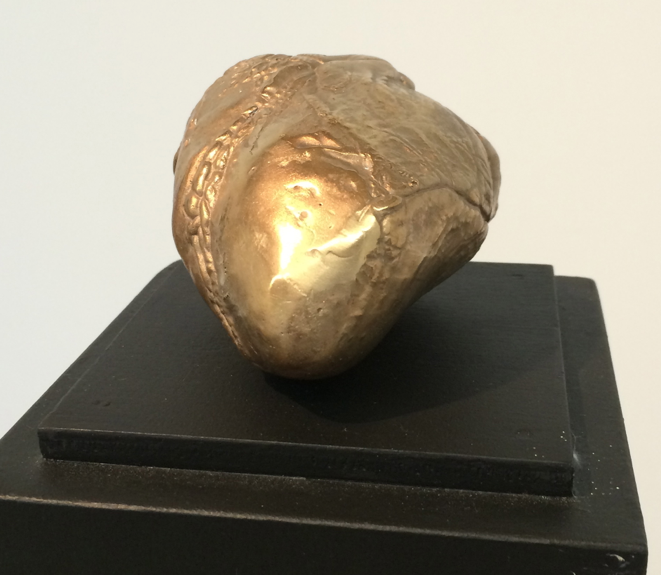 Points:  I quite liked the large heart drawings but for mine the stars were the sculptures.  I'm really torn between the two sizes and the two finishes.  I am leaning towards shiny and so the only question is will the bull or the sheep take the blue ribbon?  I am actually going to go small and give the 3 points to the bronze sheeps heart (pictured above).  Great work and fits in your hand perfectly.  The bronze bull heart will take the 2 points and one of the patina finish black hearts will take the 1, the sheep again had it for me.
Posted by Big Lamington at 5:31 AM