Last week for Artexpress at the AGNSW.  I went on Friday lunchtime and joined the pretty big crowds checking it out.  Seriously, place was packed.  As I mentioned last year, Ben Quilty got his first break in this gig all the way back then.  Are we going to find the next big art star? 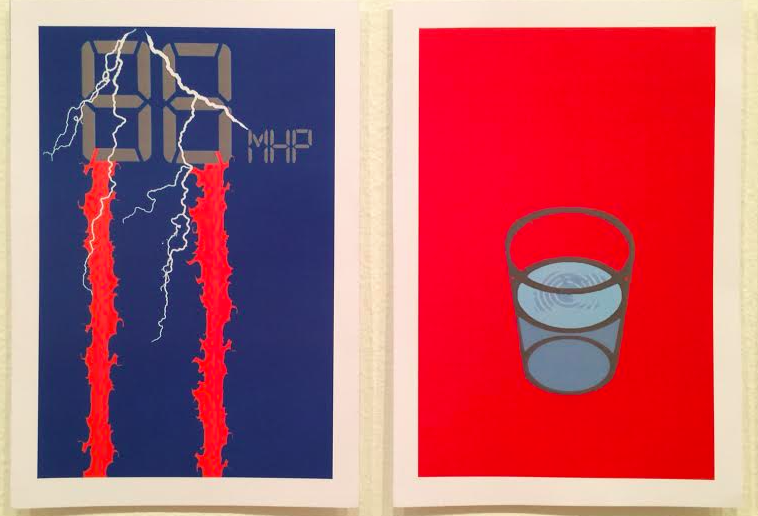 Well, I don't think just art star.  To me, the arts subject is getting much broader in 2014 (to clarify, if you are at Artexpress in 2015, you did the HSC in 2014).  Certainly not all of these are 'fine arts' as you would've once expected.  One student has a big architecture project in here.  Quite a few seem to have promising careers in graphic design.  Darien Law's Simple Cinema (extract above and also pic bottom) was great.  Now I've mentioned before that one of the BEST things about artexpress is that the students need to list out their artist influences.  Darien listed Chip Kidd and Alvin Lustig.  Recognise the names?  Only 1 for me.  Chip Kidd is a well known book designer and it turns out so is Alvin.  Darien has been inspired by book design to make new movie posters.  Now it might be hard to make out all the posters in enough detail online so I've put 2 above for you to work out (but think quick as I'll put the spoiler with the points).  It was great to see all the punters in the AGNSW trying to do the same 'name that movie' thing.  Quite a few I didn't get but it was a lot of fun playing.  Another student taking a populist path was Jordan Abram.  One of his influencing artists was Eugene Tan.  Who?  Oh you mean ::uge from aquabumps!  Don't get me wrong, I am at Bondi every week, subscribe to (and was even featured once!) on the daily email.  I love aquabumps, but is it art?  Jordan has taken a photo of random (and not so random, hello Tony Hawk) punters in Bondi and combined it with a little quote of theirs has produced a photo book called 2026 (Bondi's postcode).  I was going to say it reminded me of the blog 'Human's of New York' until I researched his other art influence, Brandon Stanton, and discovered that he was the photographer / blogger of HoNY fame.  Still following a populist (cartoon) aesthetic but with a bit more art theory was Li-Hsien Lee.  Her work, The Artyssey (pictured top), was a series of panels that told the story of an art disciple learning from a master.  I liked how it appropriated the traditional chinese style but was created entirely digitally.  Li's influences ranged from Herge (i.e. Tintin) to Noel McKenna (he is everywhere at the moment!) and even Brett Whitely.  Also in the show this year were extracts from the students art process diaries and my favourites were Li's as you can see how she did these panels in digital form.  Very illuminating for an analog critic. 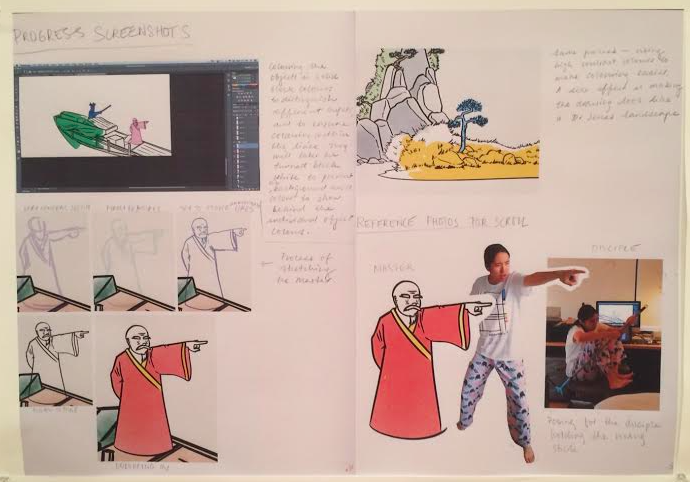 Points: 3 points to Li-Hsien Lee for her Artyssey.  It was a great little story, lots of fun but also clever in the references to art history and the use of a number of pieces (e.g. Jackson Pollock's Blue Poles) which served as little easter eggs for viewers.  2 points will go to Darien Law for Simple Cinema.  For those racking their brain, the movies for the images in the middle were Back to the Future (LHS) and Jurassic Park (RHS), that is the car needed to hit 88mph and the t-rex made the glass of water vibrate.  Get it now?  I think Darien should put these into a little artist book!  1 point will go to Gabrielle Holmes for her work Once Again, The Facts Have Been Erased.  This was a piece of high concept that wouldn't be out of place in a NY gallery.  You can see Gabrielle's work here.  The rest of the exhibition can be found here. 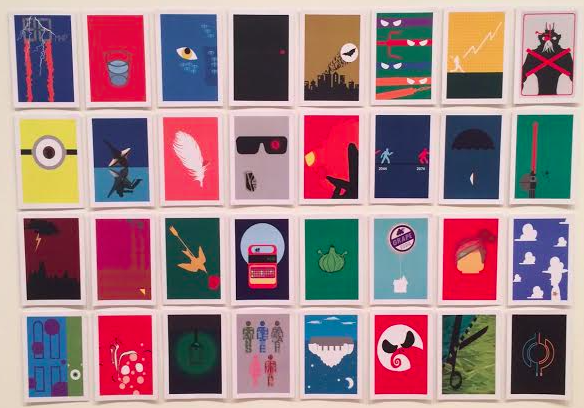 Posted by Big Lamington at 5:17 AM