Art of science at NAS - 15 February 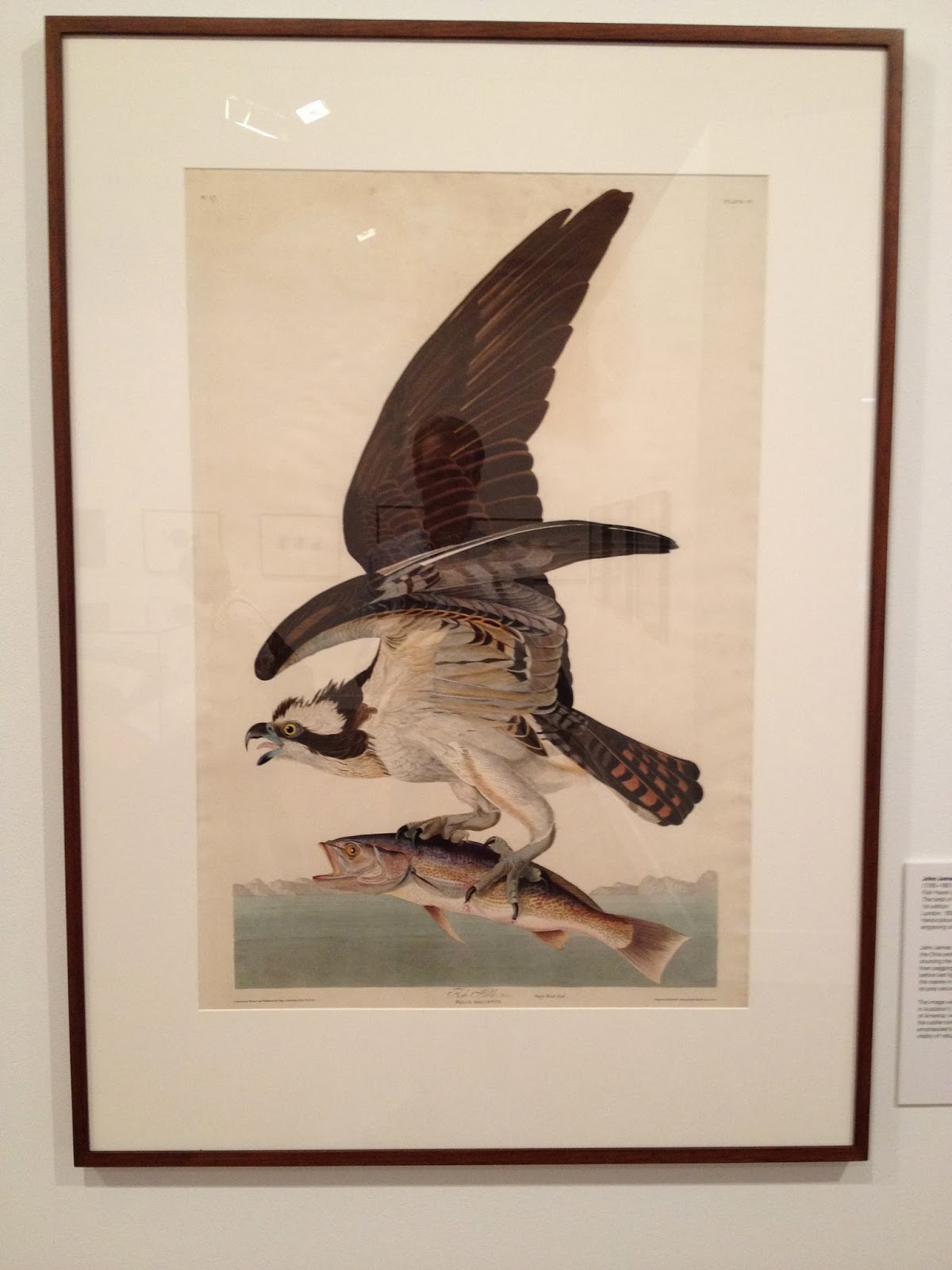 So the National Art School currently has an interesting little exhibit going on right now courtesy of the Museum of Victoria.  Called the art of science it is concerned primarily with natural history illustrations, both historical and contemporary.  Even better, the public programme included a drawing class by multiple Big Lamington points winner Angus Fisher. 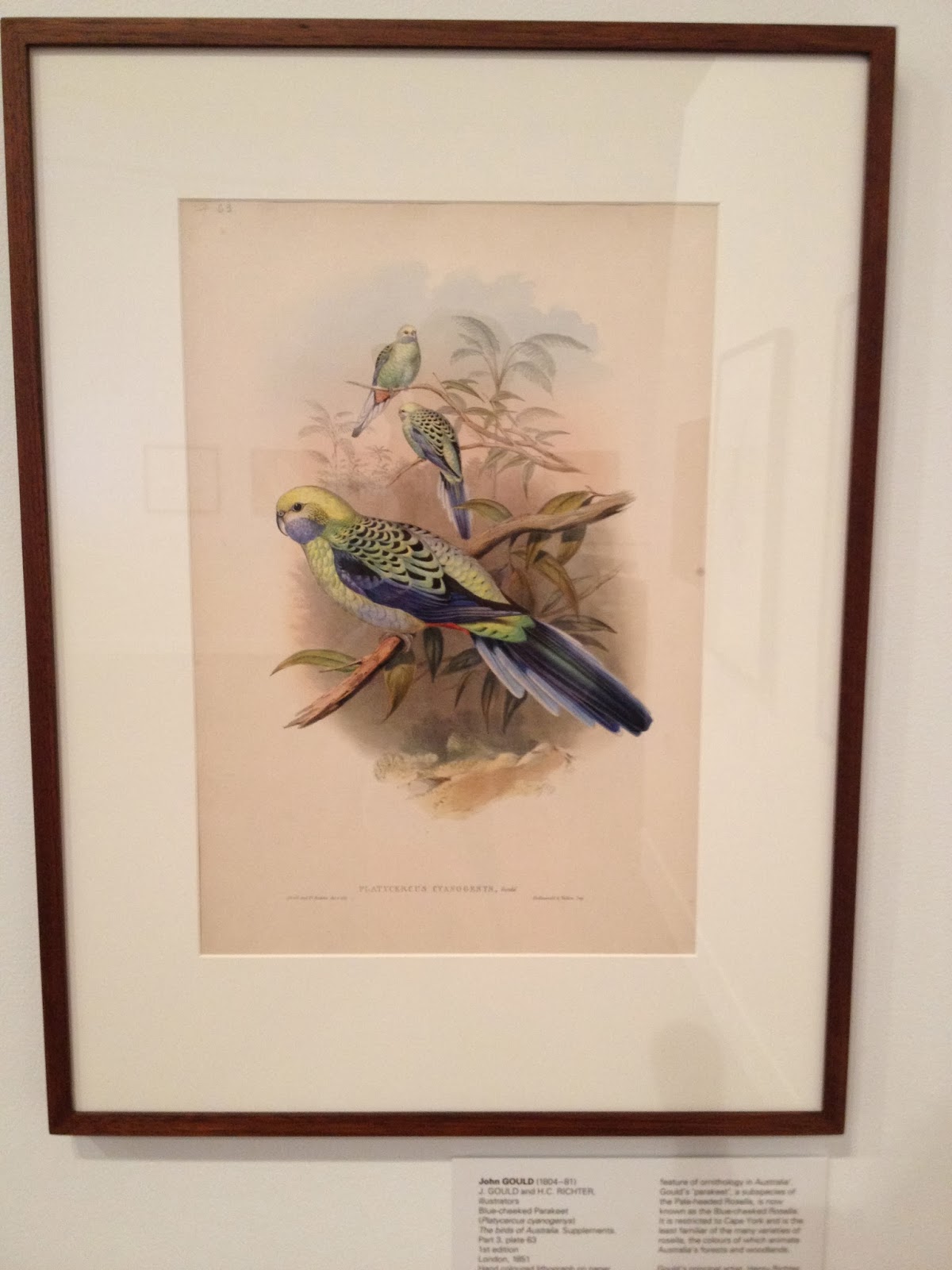 We started first with a walk around the exhibition.  For the fans of natural history illustration out there, rest easy, the big names were front and centre.  John James Audubon, check.  John Gould, check.  I like them both, just a shame the Vic Museum didn't have any Walton Ford's to go with.  Audubon's works really do set the benchmark and they are the pride of place here.  He was an interesting character who did most of his own shooting for specimens.  Perhaps a little too well as a few of the examples here are now only known to science such as the ivory billed woodpecker shown here.  I like how he includes other species such as the fish in the Fish Hawk (image top), the rattlesnake with the Mocking Birds and the rabbit being caught by the red-tailed hawk.  By contrast Gould is much more restrained.  Illustrating the birds and a little bit of flora.  I have a massive soft spot for this type of illustration (and even collect old Gould League membership cards from the '30s and '40s).  My favourites were the Cassowary and any of the parrots (the Blue cheeked parakeet, now known as the blue cheeked rosella is pictured middle).  The contemporary works included showed a variety of techniques from old school pencil and ink to modern photomontage (with masses of details on a close up of a beetles head for instance).  Enough inspiration already.  It was time to break out the pencils for ourselves.  A group of 20 punters retired to the NAS chapel to try our hand at illustration.  NAS had busted out the taxidermy for our reference and I had settled on an owl when Angus suggested that birds are hard and maybe try the fox instead.  Well, that was pretty tricky as well and our two hour class went by pretty quickly.  My poor fox didn't get any legs! 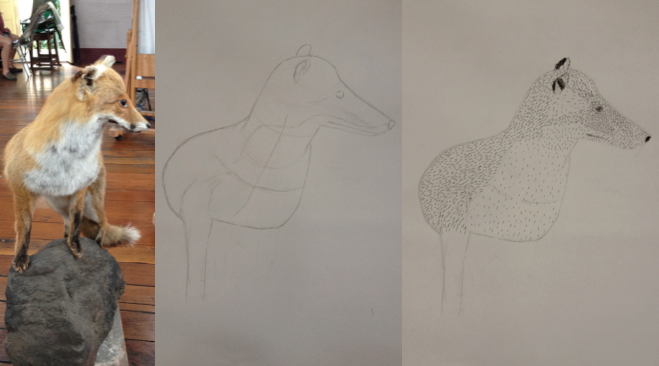 Points:  I quite liked some of the contemporary pieces, Mali Moir's shark was my top pick and will give it the 3 points.  One of the big names needs to get the 2 points and this former Gould League of Bird Lover's member is giving it to John for the Blue Cheeked Parakeet.  Angus Fisher (check out his website here) will pick up a point for running a great little class.  I will also post a photo of the birds we commissioned of Angus a few years ago.  It's a fantastic little work and now that I know how hard this type of illustration is will appreciate it even more.

Posted by Big Lamington at 1:00 AM