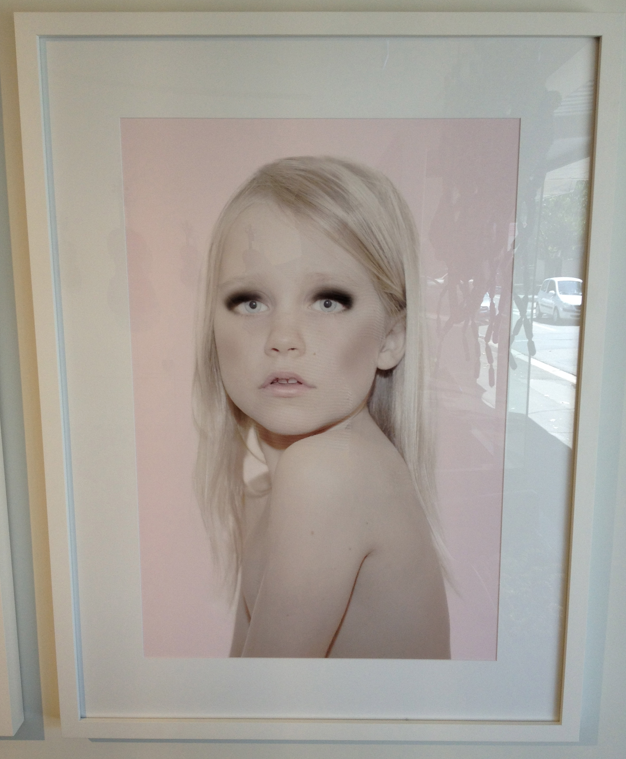 Off to a cracking pace in February, here we are on the 2nd and diving into another exhibition.  This one is the Young Artists Initiative 2013 at .M Contemporary.  I gather the '13 references the graduation year of these artists from COFA, NAS and SCA.  Now having seen two out of three these grad shows, which as Meatloaf will tell you ain't bad, I was interested to see who had made the cut. 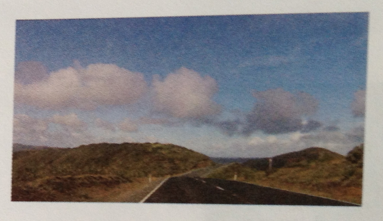 The accompanying publicity claims Barry Keldoulis, Joan Ross, Lisa Corsi, Michael Reid, Prue Gibson, Sebastian Goldspink, Michelle Paterson and Louise Rush as the judging panel!  It is a wonder how they ever made a decision with 8 different opinions but here we are.  I recognised Abbey Swinn (who took the three points when BL went to the NAS show).  She has updated the titles as here the work is called 'in a barbie world' whereas at nas it was simply 'Silvy'. In addition to her grad show work there is another set of photos that replicate the same system of plain vs make up (image top).  I recognised the set of embroideries (example of one, below) from the cofa grad show but couldn't recall the artist.  It is Joy Ivill Long and you certainly know a lot more about her life from reading the stories in these embroideries (Joy certainly takes the theme of over-sharing to the next level).  Despite the questionable content (I don't really need to own stories about Joy's ex boyfriends) I overhead quite a few had sold which is proof that the images were quite striking in a rough, folk art way (I don't think Joy is winning a ribbon at the Easter Show for technique here).  I quite liked Mia Middleton's video 'homecoming' (still image above).  Mia is one of the cofa grads and I must have missed her in the show there.  In the quieter gallery space this meditative work really draws you in.  I was also trying to work out where she is from, great scenery.  Apart from these guys Vilma Bader's "ism's" made an impact, but then again any set of two works that are 117 x 97 cm are going to stand out.  These were text based works but had a little bit too much of an word processor feel here (I think a custom font is needed).  I didn't note the artists name down but one person had an installation of blown up freezer bags which looks great but is entirely impractical for a commercial gallery, I think Joan or Seb's pick there.  All in all a great initiative but over in 3 days and no images on the web?  I guess beggars can't be choosers. 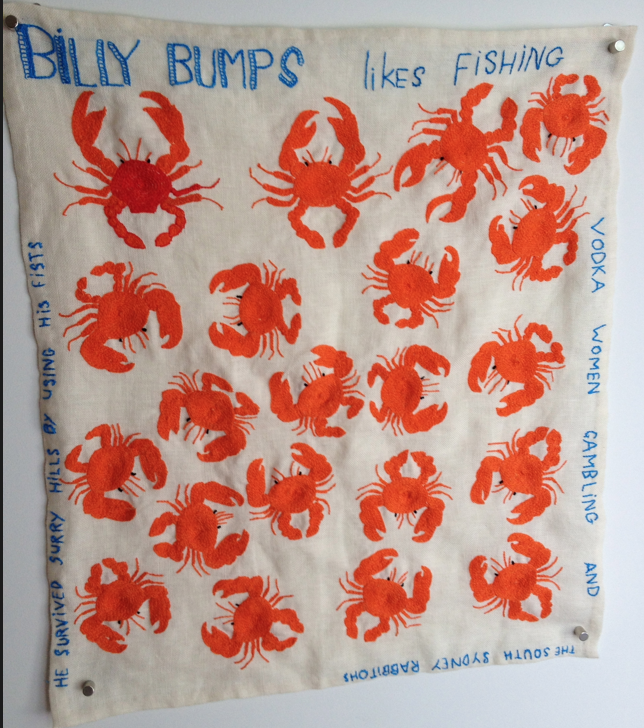 Points: I am going to go straight back to Abbey for the 3 points.  Looked great at NAS and looks great in a commercial gallery.  2 points to Mia Middleton (who needs to get herself a web presence, especially with all the other Mia Middleton's out there according to google).  1 point to Joy Ivill who has a great little website, click here for more.
Posted by Big Lamington at 11:30 PM