Tara Donovan at Pace Gallery - 22 May 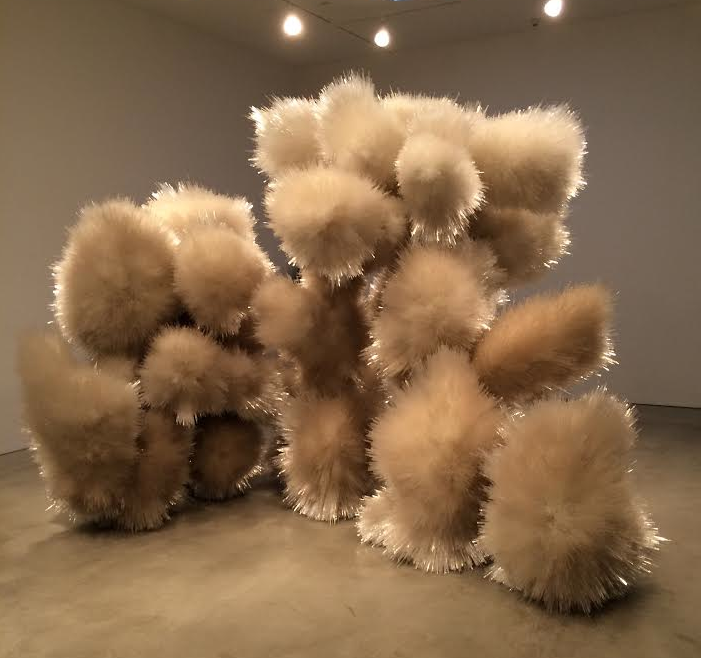 So this post could also be called 'Chelsea Gallery Crawl, Ch 1'.  I'll try and pick some highlights in separate posts and then put all the randomness in right at the end.  This is all out of order but I am going to start with Tara Donovan as these were probably my stand out works of the day ... 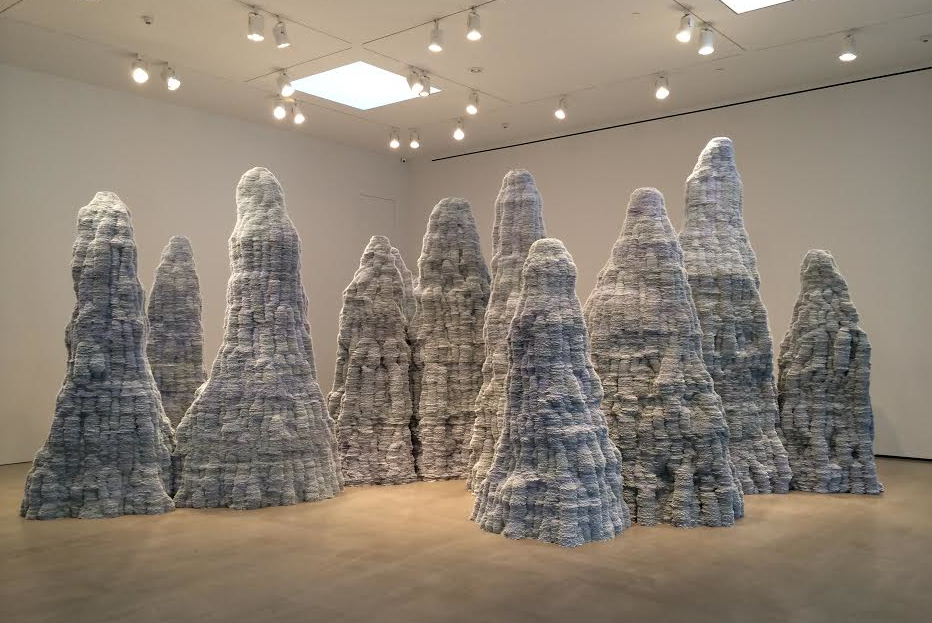 And a massive spectacle each was.  The great thing about the show was that both works were called 'Untitled, 2014'.  Another candidate for the Damian Hirst class in artistic taxonomy.  The image below was the one you can see from the street.  I should've asked some punter to get in my photo for me to give you a sense of scale.  This bad boy was 380 x 680 x 700 cm (the big galleries are international enough to run imperial and metric on the room sheets).  Made from Styrene index cards, metal, wood, paint and glue I wondered who is in the market for something this sized.  This is the huge difference between NY and Sydney galleries.  The wallet size of the customers.  I doubt even the biggest Sydney commercial galleries would be so bold to put on something like this.  Apart from the odd museum there just isn't anyone who would be in the market for something this sized.  And Pace is not the exception.  Hauser & Wirth, Gagosian, Zwirner and others all had contemporary art I would've more expected to see in a gallery as it just didn't look to me like art that would be for sale.  Maybe I need to hang out with Steve Wynn for a couple of weeks.  Into the next room and the other untitled nearly took my breath away.  This dominated the room, like some kind of natural crystal formation, freshly excavated from a cave.  This was just acrylic rods and adhesive.  Again, just massive at 300 x 430 x 400 cm.  Good work with the lighting as the whole gallery had a smoky quartz like glow.  A great work and certainly Tara just made my short list for putting forward to the local galleries.  I mean this show in itself would've been 10x better than the played out Yoko Ono the MCA tried to foster onto the punters recently.

Points:  Stay tuned.  I will give the days points out in a following post.  They're here.
Posted by Big Lamington at 6:31 PM