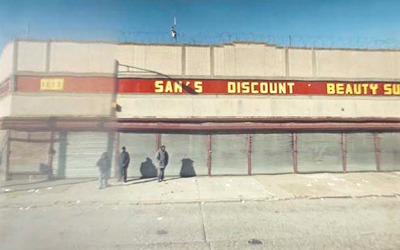 I was determined to get to Stills Gallery for this Head On Photo Festival exhibition which was put on in association with the Yossi Milo Gallery of New York.  I was thinking this would be a trip down memory lane as I remember going to this gallery to see a Loretta Lux exhibition back in '06.  Someone pass the lobster rolls.  Dragging two of the junior critics with me failed to evoke the requisite feelings of living in Manhattan, but let's dry our eyes and get back to the now and see what we thought of this show. 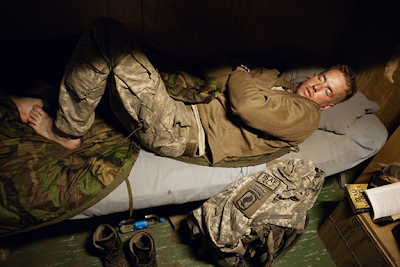 Tim Hethington and Doug Rickard have pretty divergent practices.  Tim's show comprised images of US soldiers sleeping in Afghanistan.  I guess he was going for the incongruence of the peaceful images of rest versus the reality of what these soldiers were in Afghanistan to do.  We all preferred the fully dressed soldier the best (above, Nevalla, Korengal Valley, Kunar Province, Afghanistan 2008) as it was clearly referencing the war.  The guys sleeping shirtless were a little too homoerotic for me personally.  Amazing to consider these images were taken in 2008 and just the other day we were at Ben Quilty's show in regards the same war!  Tim's life story provides an added poignancy - a prize winning photojournalist who died covering the Libyan uprising in 2011.

For his series New American Photo, Doug Rickard has done a modern day Richard Prince and re-photographed google maps' street views.  Yep, you read correctly.  He spends hours trawling google street views looking for views of poverty at odds with the prosperous vision of a modern America.  He then blows these up on his screen and then takes a photo of his screen (so my screen shots top and below, Camden and the Bronx respectively, are virtual homages!).  This explains the washed out, instagram feel of the snaps and the random stares that the subjects are obviously throwing at the google mobile.  Stills had a selection of these works, apparently Doug spent 4 years accumulating images which he published in a monograph.  Would be an interesting book to flip through.  Clever idea.  Bags doing same for Paddington. 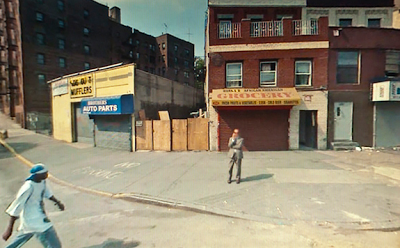 Points:  3 posthumous BL points to Tim's Nevalla.  I will give 2 points to Doug's Camden NJ (top) and 1 point to the Bronx!
Posted by Big Lamington at 12:54 AM