String Theory at the MCA - 20 August 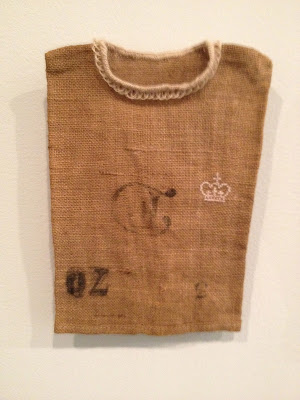 I have to admit, I didn't know what to expect of string theory.  Even though I had read some positive reviews I wasn't sure I would get it.  Wow.  I was very impressed.  Glenn Barkley has done a great job pulling this show together and it was great to get the walk through from him on Tuesday evening to get his perspective on how all the different works come together and why there is a gift shop up on level 3! 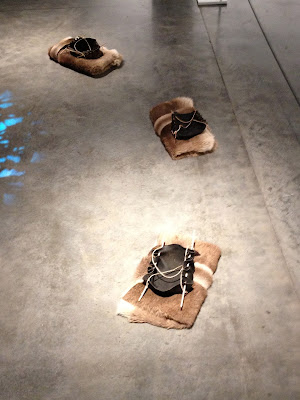 This show focuses on contemporary Australian art, primarily by Aboriginal artists.  Included are some traditional arts and crafts (such as the handmade string) as well as work from urban based artists which is more commercial gallery friendly.  I really liked the handmade string and how the MCA has single handedly pushed the price up! Although I gather it is still quite affordable.  The feather yam vine of Frances Djullbing was a highlight here.  Also Lipaki Marlaypa has some great contributions here.  Fresh from seeing Tony Albert's latest show at SSFA it was great to see his photo series from 2008 where he took photos of his cousin rocking the traditional jawun string bag all around Brisbane.  String features in the water carriers that Vicki West crafts from kelp (she was featured on the NITV series Colour Theory which I just remembered I need to review!  It was great).  Vicki's work 'Plamtenner / Gathering' (detail, middle) features quite a few of these vessels arranged on kangaroo pelts.  I understand these are meant to represent the original tribes of Tasmania.  I can kind of see that, in a sense the pelts recall the folded national flags that accompany soldiers that have been killed on service.  I had read about Dale Harding (I think in the arts section of the Daily Tele which is actually quite surprising most of the time) and appreciated his worked hession sacks in memory of his grandmother (image top).  Laurie Nilson (of proppanow) had some great sculptural constructs which really looked good en masse (and gave some upcycling ideas for other projects) and I also enjoyed the colourful works of Jimmy Pike but there was probably less actual string connecting those works for me. 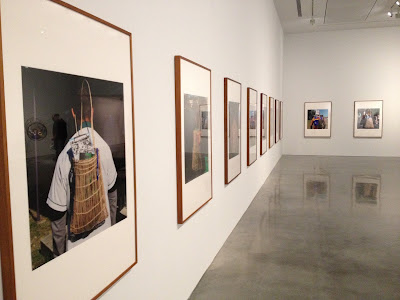 Points:  3 points to the yam vine.  Great to hear the story about the connection to the Power collection (which was the origin of the MCA back in the day).  2 points to Tony Albert - I can't get enough of his work and these large scale photos looked great en masse (image above) and I really appreciated his connecting the traditional crafts of the jawun string bag to his contemporary art practice.  1 point to Vicki for the kelp and kangaroos.  And why is the gift shop on the 3rd floor?  Well I think Glenn wants to remind everyone that the context of a gallery can make something look more serious than objects available in the gift shop, and sometimes they are one and the same.
Posted by Big Lamington at 6:06 PM