Blake Prize (at whatever COFA is now called) - 13 December 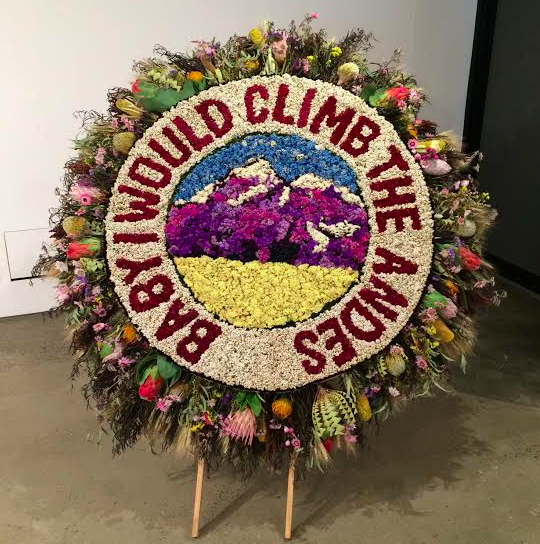 This could be the last ever review of the Blake Prize.  And I am not just referring to how late this one is (it's now April 2015 as I write this, but I am a notorious backdater!).  The Blake Prize society has seen sponsors drift away and apparently they don't have the cash to make it happen in 2015.  The head of the Blake Society has said it is viewed as "too open minded" by religious groups and "too religious" by secular groups.  I kind of see what he means.  Although I dispute that this prize (ostensibly referencing religion) is "too religious".  For the last couple of years you would have been hard pressed to know you were at the Blake if you'd been blindfolded and dragged inside.  Anyway, this is not the forum to point fingers, 'cause its directly the fault of the Blake Society board! I've just checked my own archives having reviewed this since 2011 and every year I bemoan how very little spirituality is on show.  Anyhow, let's see if they can go out with a bang ... 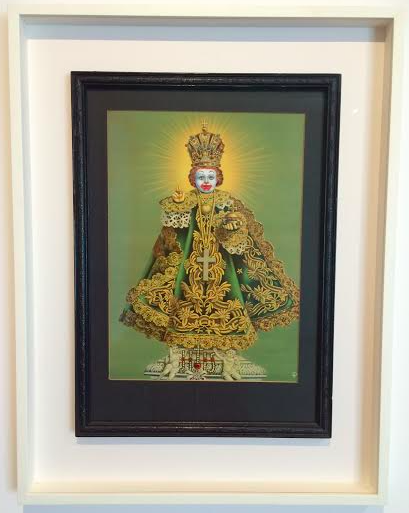 "I couldn't necessarily determine the religious or the spiritual in many of the entries, despite the fact that by themselves there were some great pictures in here".  That was a quote from my 2011 review and things haven't changed.  i could've been talking about Leah Fraser's 'The Strange Wings of Impossible Butterflies" which is a very pretty painting that showcases Leah's dreamy aesthetic.  Some other classics of the Blake were porno tapestry queen Leah Emery's 'Lotus' which was a black and white needlework of a guy going down on a girl standing on her head.  Very spiritual that one!  Not all the work was so obtuse, Bindi Cole's entry was text based in the shape of a crucifix and Philjames' The Shepherd (pictured bottom) was a reworked Christ.  Philjames actually does this type of daubing work very well.  His last show at Damien Minton had quite a few works that could've easily fitted the brief here. Not necessarily a picture but a visually arresting work was Claudia Nicholson's 'Baby I would climb the Andes' (pictured top). This referenced the type of floral arrangement you'd get at a funeral, so it was kind of spiritual (well, enough for the Blake!).  What I loved was that you also got a great fragrance from all the dried flowers so it really hit a few of the senses.  I've been following Claudia's work for a while and I think in this entry she has really knocked it out of the park, but maybe I just like wreaths and dried flower arrangements? 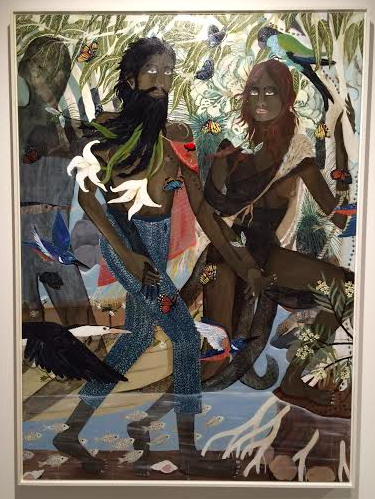 Points:  I've often thought about getting a customised wreath so Claudia is going to win the Big Lamington's Blake Prize! 3 to 'Baby I would climb the Andes'.  I'll give to 2 points to the Leah Fraser work that doesn't really look all that spiritual to me but does look quite pretty.  Back to more out there christian iconography and I will give 1 point to Philjames' The Shepherd.
Posted by Big Lamington at 4:42 AM No comments: