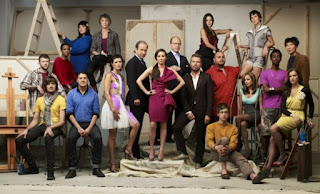 * Postscript: "I like to make pieces that make people feel something. Any reaction is better than indifference." Andres Serrano.
Posted by Big Lamington at 3:22 AM