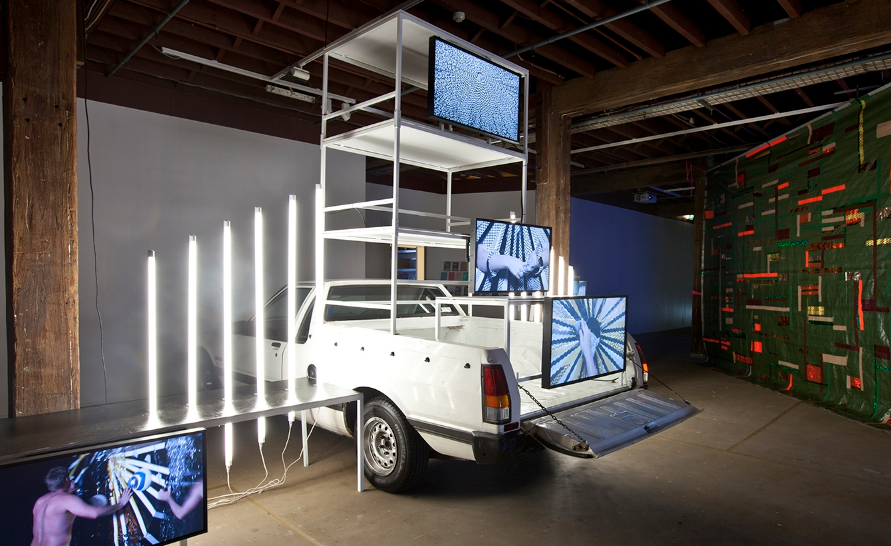 Last week for this Justene Williams show at Artspace.  I'd heard some good word of mouth so I popped by after lunch to quickly check it out.  Lucky I didn't really have any expectations, because this wouldn't have been within the scope of my imagination to invent.  If you need a three word review then "Just. Plain. Nuts" will have to do. 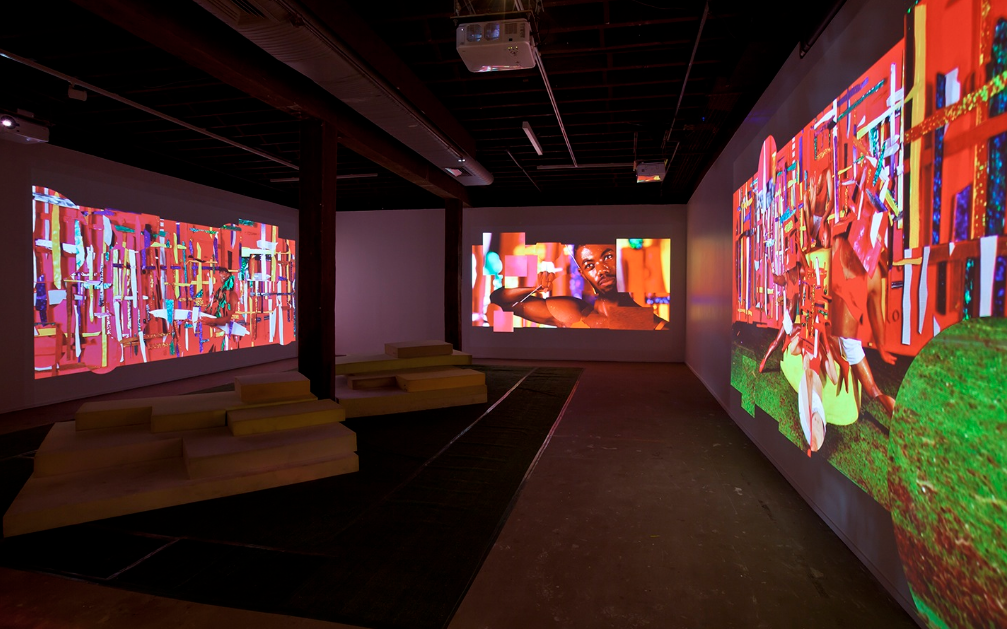 I really didn't know what to think, this was a case of stroll around and then read the room sheet later to see what gives.  I liked the random owls she had made (pictured below). And the red video room down one end was pretty cool (image above).  Although it was bordering a little on PG-13 or more. I took it as these were meant to be the artists fantasies so left wondering 'crazy in the head, crazy in the bed'?  What else? I thought the white falcon ute at the entrance a novel way of presenting video works (image top), although I think she would've had a lot more street cred if it was a holden, particularly a WB ute.  Back at base and after misplacing the room sheet logged on to Artspace's site to try and make sense of it all.  The text does use words like 'chaotic', 'sensory overload' and 'dazzling theatrical environments' to suggest that my experience was as intended, even typical of the average punter coming in to check out the gallery after taking down a Tiger at Harry's across the road. Whilst I didn't really inhale what the curtain was breathing I am happy that there are places like Artspace that are going well out on a limb with non-traditional work like this.  I don't expect to like everything I see here, but I do appreciate the effort that they put in. 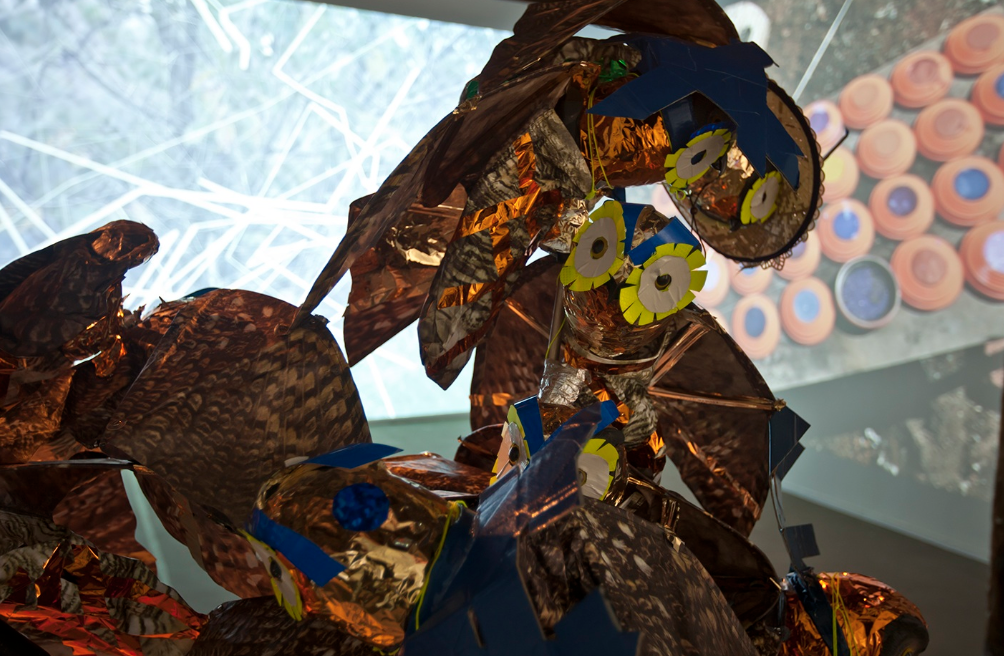 Points:  despite utter confusion I will give Assisted Performance Sculpture (the owls, above) 3 points.  2 points to the red room, aka 'The Joy of Life' and 1 point to the random wishing well, again also known as 'Assisted Performance Sculpture (relics)'.  This had coins in the bottom of an inflatable pool and I am not sure if it was the artist or random punters who'd thrown the coins in. Maybe she had visited the State Library for them.  Now that would be some powerful art.
Posted by Big Lamington at 3:45 AM