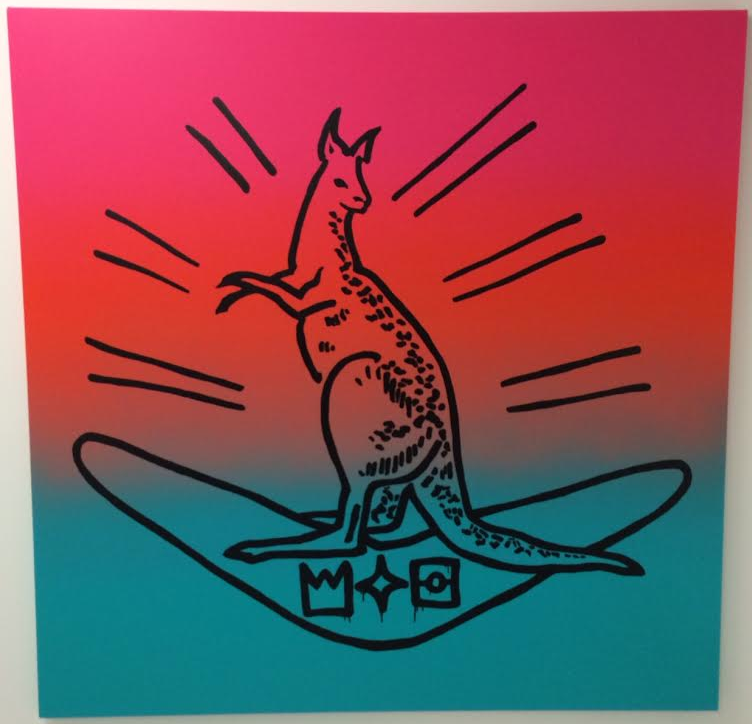 Opening night at Chalk Horse used to mean ... well let's be honest I've never been to an opening night at Chalk Horse as it was always just a bit out of the way.  But they've moved.  To Darlinghurst.  Somewhere on William Street to be imprecise.  Luckily there were a few punters having a dhurrie outside to give me some guidance as to exactly where they are (it is downstairs from some random doorway that I swear you will never find the first time*).  This show 'No Sleep till Dreamtime' is by Reko Rennie (who according to an old blog post has been on my collecting shortlist since 2012).  Let's see if I still want one. 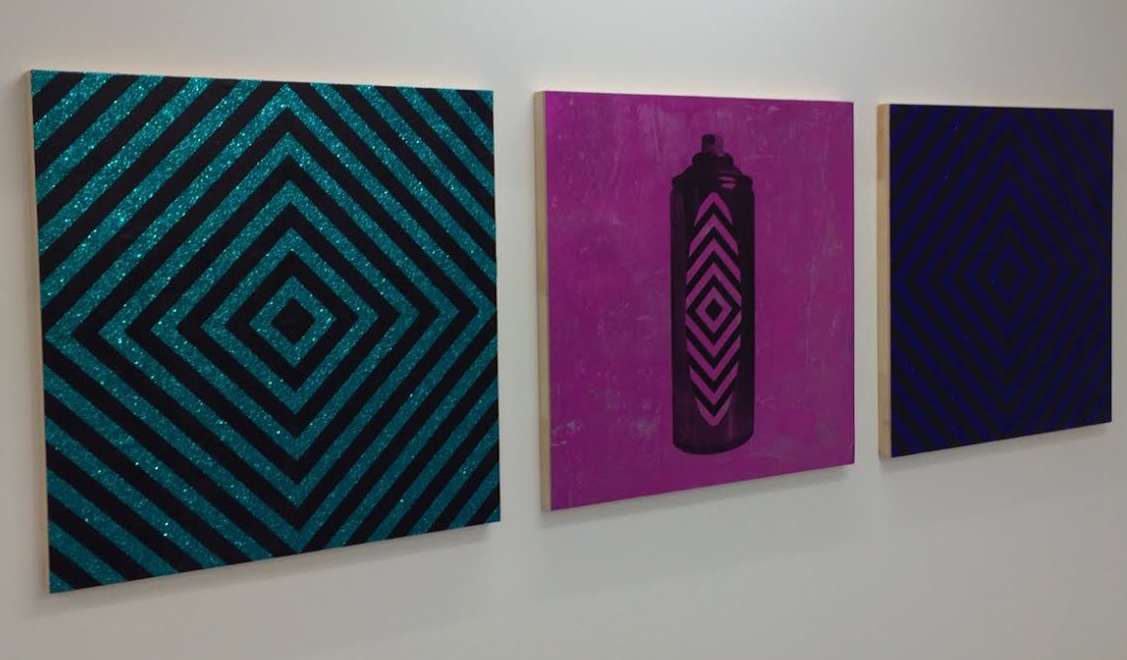 Well the answer to that is yes and yes.  Luckily (or unluckily) my top 2 picks already have the red sticker, so I can calmly check out the show.  First impressions.  Wow.  Seriously frickin' impressed.  Both by the basement space of Chalk Horse which is just what you need for a cool gallery and by the art that Reko has on display.  I do love the glitter that Reko is rocking in these works, will have to bring the junior critics along to check it out.  He also showcases his trademark kamilaroi diamond pattern that we've seen on building and in galleries.  In fact a lot of the old favourite imagery is here: he had the message stick spray can and the crown motif that he has used before.  New for me was the kangaroo on the boomerang (image top, Fade #1, image below screen print #5).  The version on gold glitter is the first thing you see at the door. It is a 70 x 70cm square and is a great size and a bit of a bargain really so no wonder its sold.  The version on sunset colours (top) was in the second room around the corner.  This is the biggest work at 152 x 152cm and is probably the star of the show (in fact people lined up for photos in front of this bad boy).  It looks great in the flesh but it is interesting that the glitter seems to come up better in these online photos.  Safe to say that these were my top picks.  Love the iconic imagery.  This would look really good next to some Liam Benson works, I realise that might seem a little too interior designy but in my mind they both use iconic imagery to ask questions of Australian identity.  From memory Reko did a series of native animals in Melbourne so I am not sure if there is special significance to the kangaroo or not.  It looks very familiar but I can't exactly place it.  Like from an old stamp or the coat of arms (although the 'roo is the other way on the coat of arms).  Maybe that is just how Reko has drawn it, to look like he has sourced if from somewhere back in time.  This is on till July 12, get there. 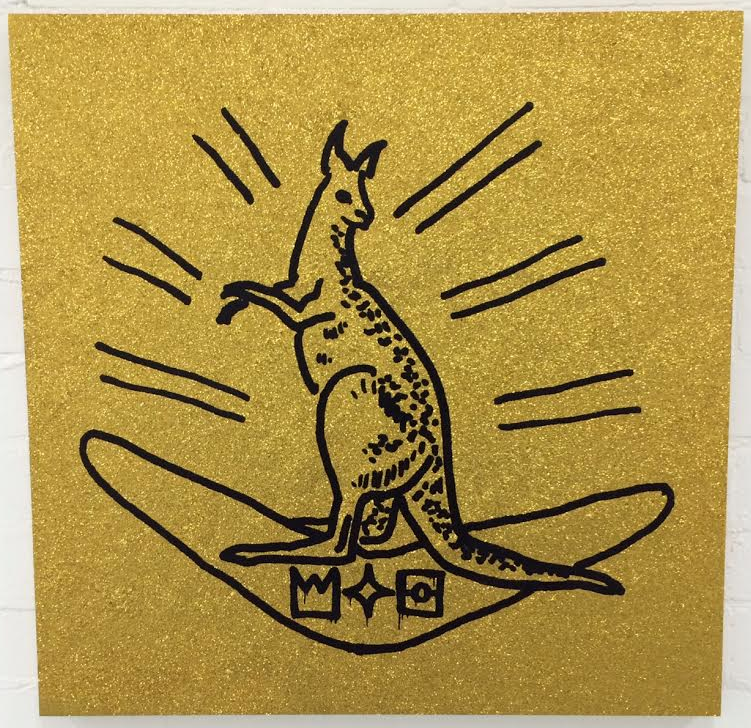 Points: well after the gush above the only question is what is going to take the 1 point.  The Kangaroo's are taking the 3 and 2 (for the fade and the gold glitter respectively).  Complicating matters a little further is I am not sure if the other works hung in groups of three (image middle) are meant to be together or not.  Pricewise I think you could take one, two or all three of the pieces.  If that is the case I would take one of the bright teal blue diamonds for the 1.

* but you would be in good company as even a couple of big name artists admitted they got lost coming from artspace.
Posted by Big Lamington at 5:33 AM