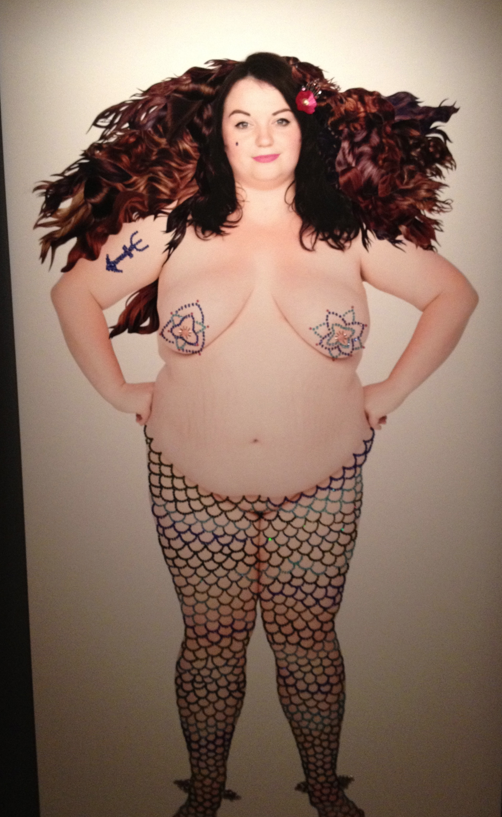 It's taken a little while to get around to Biennale of Sydney but with the Big Lamington team getting set for a cheeky May trip to the USA I figured I needed to see some of this just to be sure I wasn't missing out.  Taking advantage of late night Wednesday at the AGNSW, and then late night Thursday at the MCA I managed to see enough to understand why McDonald and Frost are so underwhelmed. 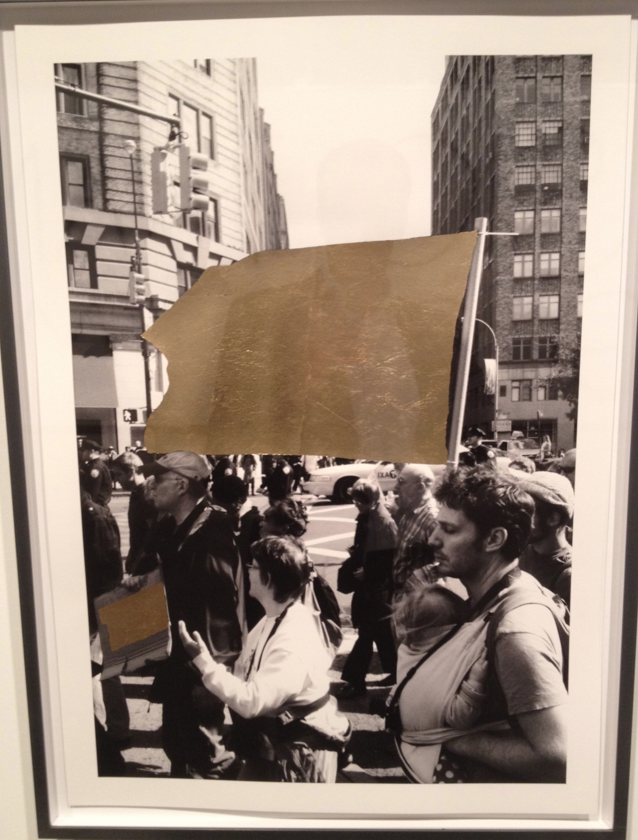 First up for me was the AGNSW.  Firstly, this place was absolutely buzzing for a Thursday night.  Awesome, totally awesome.  Way to go Hamilton*.  I checked out Artexpress first before venturing downstairs for the Biennale floor.  Things started well as I saw Deborah Kelly's big collaged nudes (& also a fully clothed Deborah Kelly wandering showing some friends around).  I like Kelly's works and this series continues with the visual theme from her Magdalene's we saw at GBK back in 2012.  This time around Deborah has interspersed the collaging of photographs of nude people with just some lifesize shots of nude people.  Probably a few too many plain nudes for my liking - the embellishment was where its all at for me**.  My favourite (pictured top), was one that used lots of Deborah's signature hair extensions.  What else?  Yhonnie Scarce's glassworks were very good, and if there wasn't an eagle eyed attendant in the room I would've loved a nice souvenir! Around the corner I thought Michael Cook's photo's were clever but my favourite was Scottish artist Nathan Coley who has taken black and white protest photos and then applied gold leaf to the protest (pictured above).  Visually appealing and probably also politically so for me!  The next night was the MCA.  Sadly I hadn't been warned about the giant cheese beanie in Pippilotti Rist's video.  I hated it.  Jim Lambie's taped up floor was much better but we were coming from a low base.  Upstairs I liked TV Moore's psychedelic photos the best.  And not just because of the great subway tile wall they were hanging on (pictured below).  Okay, maybe a little bit because of the subway tile. 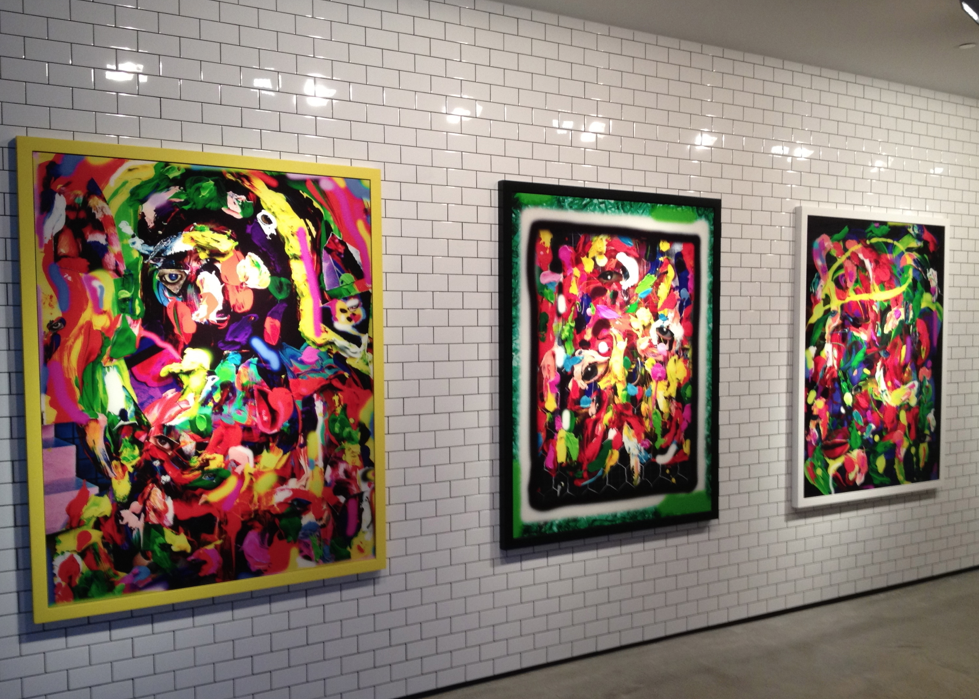 Points:  I will give the 3 points to Nathan Coley on debut! 2 points to TV Moore for the standout visuals of the Biennale so far.  1 point to Deborah Kelly for the collages.  I will say that the curator has a lot to answer for so far.  I don't get how any of this really goes together.  Cockatoo Island better not suck!  To paraphrase McDonald, so far I have seen a more cohesive thematic at the Easter Show ...

* quoting Spiccoli to give props to the AGNSW here.  Much more buzz than the MCA the night after.
** I think 2 post scripts is nearly a record but this is courtesy of one of the comments.  Apparently Deborah is collaging the nudes throughout the BOS so they will be progressively covered up.  This runs till 9 June so I'll have to come back and see what happens.
Posted by Big Lamington at 5:17 AM