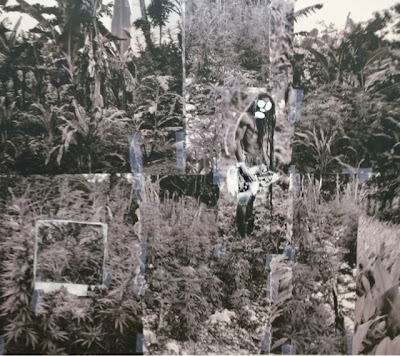 Another must-see on the Big Lamington NY list was Richard Prince. His Canal Zone show is at the Gagosian on the Upper East Side, this was a Tuesday so of course the Whitney was closed.  Let's hope the trip was worth it! 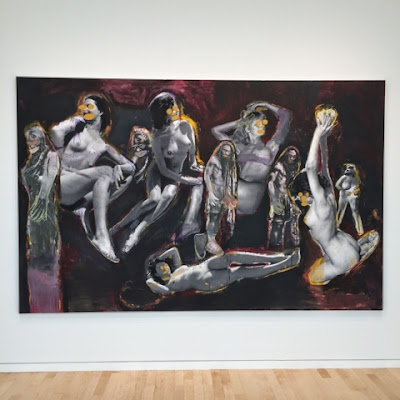 But of course it was.  Any long time follower of this blog will know I have a bit of a man crush on Richard Prince that started way back before I was an aspiring M&A banker (as his untitled cowboy is featured in Patrick Bateman's apartment in American Psycho, and yes, most junior bankers idolise this movie).  Anyhoo this Canal Zone series is pretty famous, or infamous.  It is the one where Prince was taken to court by photographer Patrick Cariou over the minor issue of appropriation (Greg.org followed the case relentlessly, his site is here).  All the press on this case seemed to focus on the image of a lone rasta with a guitar added to his hands and his eyes painted over (it is one of the main images you get if you google "Richard Prince Canal Zone").  This piece was probably the weakest in the show.  It is exhibited in the stairwell.  I haven't included a pic of it as it was so different from the rest of the show.  I was very surprised to see that virtually all of the larger works were very transformative of the source imagery.  For much of the first floor of this massive Gagosian space I was wondering why Patrick Cariou had bothered with the court case in the first place!  My favourites were one floor down.  This room had a mixture of large photo collages (see Canal Zone, top) and the even larger painted over collages (like 'the other side of the island', middle).  Loved it all.  And just like the good little tourist I am I was just about to start snapping away with the iphone when the security guard stopped me.  No photos allowed.  Seriously?  Richard Prince's work based on appropriation and no photos allowed?  I loved it.  A challenge.  Well, just as I was wondering how to be sneaky this guard needs to take a pee.  Snap. Not only got the picks I needed but picked up a great anecdote for the twitter feed which even Richard responded to. Nearly as good as my selfie with Jerry Saltz! 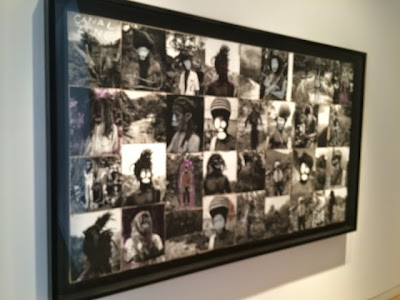 Points: 3 points to 'Canal Zone' (pictured top). No girls in this one but the horticultural angle appeals to me. 2 points to 'The other side of the Island'. Girls in this one, and probably hotter than the others!  I really liked the assemblage of photos, also confusingly called 'The Canal Zone' so it will pick up the 1 point.  For a really good review of the show, as opposed to my subjective ramblings, see Walter Robinson's piece here.
Posted by Big Lamington at 2:27 PM